Its that time of year again...the weather is finally warm, your kids are playing in the grass, and you find a tick.  Should you panic??  Not quite.  Lyme disease is harder to get than you think and pretty easy to treat!

Where is Lyme disease found?

Lyme disease is caused by a bacteria called Borrelia burdgorferi which is transmitted by certain types of ticks called Ixodes ticks.  Lyme disease is almost exclusively found in New England/mid Atlantic states, northern Midwest, and a little in the rest of the country. 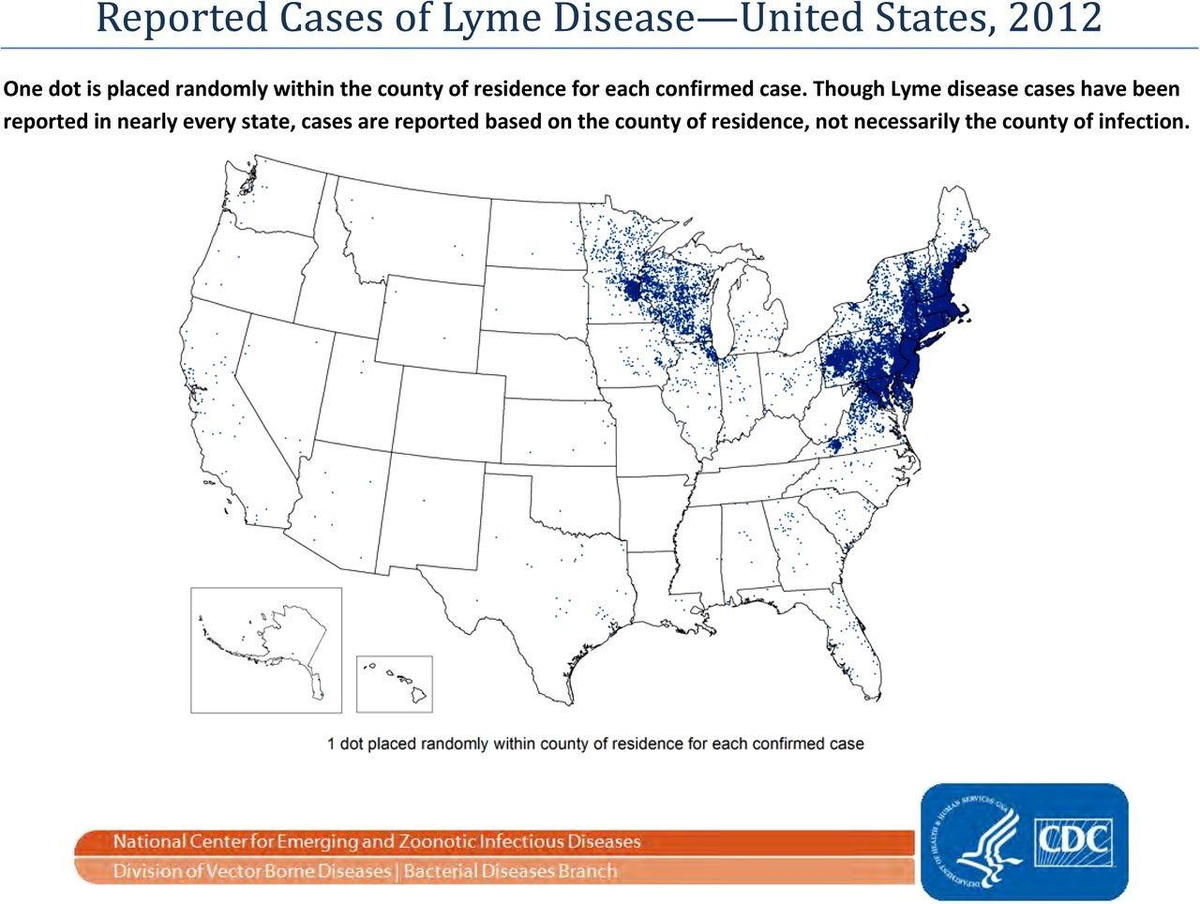 How is Lyme disease transmitted?

What are the symptoms?

The early symptom of Lyme disease is a rash called erythema migrans.  It starts as a small red bump and expands to be very large (can be over 6-12 inches) over the next couple days.  The rash can be a large red circle or might look like a bulls eye with a light ring.  Usually the rash doesn’t bother kids but sometimes it is a little itchy or uncomfortable.  Some people may also have fever, muscle aches, joint pain, or headaches.  The rash typically is seen 7-14 days after exposure, but may be anywhere from 1-32 days.  Later symptoms of Lyme disease include multiple erythema migrans lesions, facial droop, or joint swelling (typically just of one large joint such as the knee).

How is Lyme disease diagnosed?

This is the tricky part—tests for Lyme disease are not very good.  We usually diagnose Lyme disease clinically based on the presence of an erythema migrans rash after a tick bite from an area known to have Lyme disease.  Antibodies take weeks and weeks to develop; they are typically not detectable when the rash first develops.  Only 1/3 of people who are tested early in infection are positive.  In fact, some people who are treated early in the disease never develop antibodies at all.  When testing is required, we do a blood test that looks for different types of antibodies.

What is the treatment?

Lyme disease is treated with antibiotics for 14-21 days.  We use amoxicillin or doxycycline, depending on the child’s age.  Outcomes are excellent with no reported bacterial resistance.  Blood tests after completion of antibiotics are not recommended.

What should I do if I find a tick on my child?

Remove the tick by grasping it with fine-tipped tweezers as close to the skin as possible and pull the tick straight out.  If part of the tick stays in the skin, don’t worry about it.  Digging to get it all out will cause more skin damage and may increase the risk of bacterial skin infections.  The body will push the rest of the tick out over time.

Antibiotics for an asymptomatic person after tick removal are not routinely recommended.

How do I prevent Lyme disease?

Use insect repellant with DEET up to 30% (for children 2 months and older).  Clothing and gear can be treated with 0.5% permethrin.  After your children have been outside in grassy or wooded areas, especially up in Wisconsin, check them over for ticks.  Remember, a tick that hasn't been attached for at least 48 hours cannot transmit disease.

Can Lyme disease be transmitted from mom to baby during pregnancy?

Can Lyme disease be transmitted from breastfeeding?

Again, studies say no.  Transmission through breastmilk has not been documented.

Email is only checked once a day. For sick appointments or urgent issues please call the office at (312)943-6964.

We are now accepting walk-ins Monday - Saturday from 8:30 - 11:30am! Telemedicine appointments are still offered based on availability.